What are the most sustainable alternatives to animal leather in 2021? 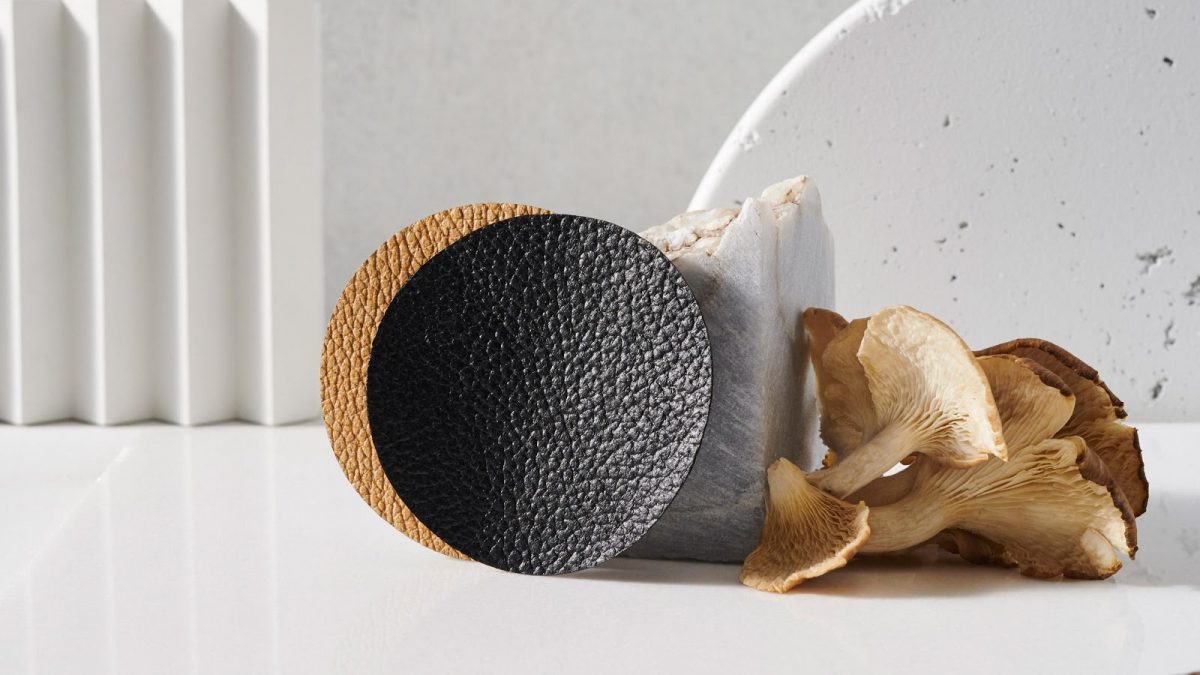 The argument that vegan leather alternatives offer little in the way of sustainability is finally coming to an end, thanks to innovative materials that place emphasis on environmental consciousness.

The argument between those against and those for animal leather has raged for years, with many participants feeling conflicted. While some are unable to overlook the ethical considerations of wearing another’s skin, it has been hard to contest the lack of environmental credentials offered by the alternatives. Until now.

Sustainable leather. Though an oxymoron at first glance, the term refers to a wealth of materials being developed to imitate the look, feel and performance of animal leather, using fruit and vegetable fibres. Negating the ethical conundrum posed by their ‘traditional’ counterpart, the leading-edge alternatives have also sought to tackle sustainability concerns that previous options, including PU, brought to light.

The challenge now is to present these futuristic materials to consumers as not only a viable but also appealing alternative to the uppers that they are accustomed to. Particular varieties to be cognisant of include:

Mushroom: A surprising but nonetheless versatile option, mushroom leather has been created using mycelium, the interconnecting web structure that can be found in fungus. It can be and is regularly eaten as a fermented element in tempeh and now, is being used to create flexible, beautiful leather-like material. 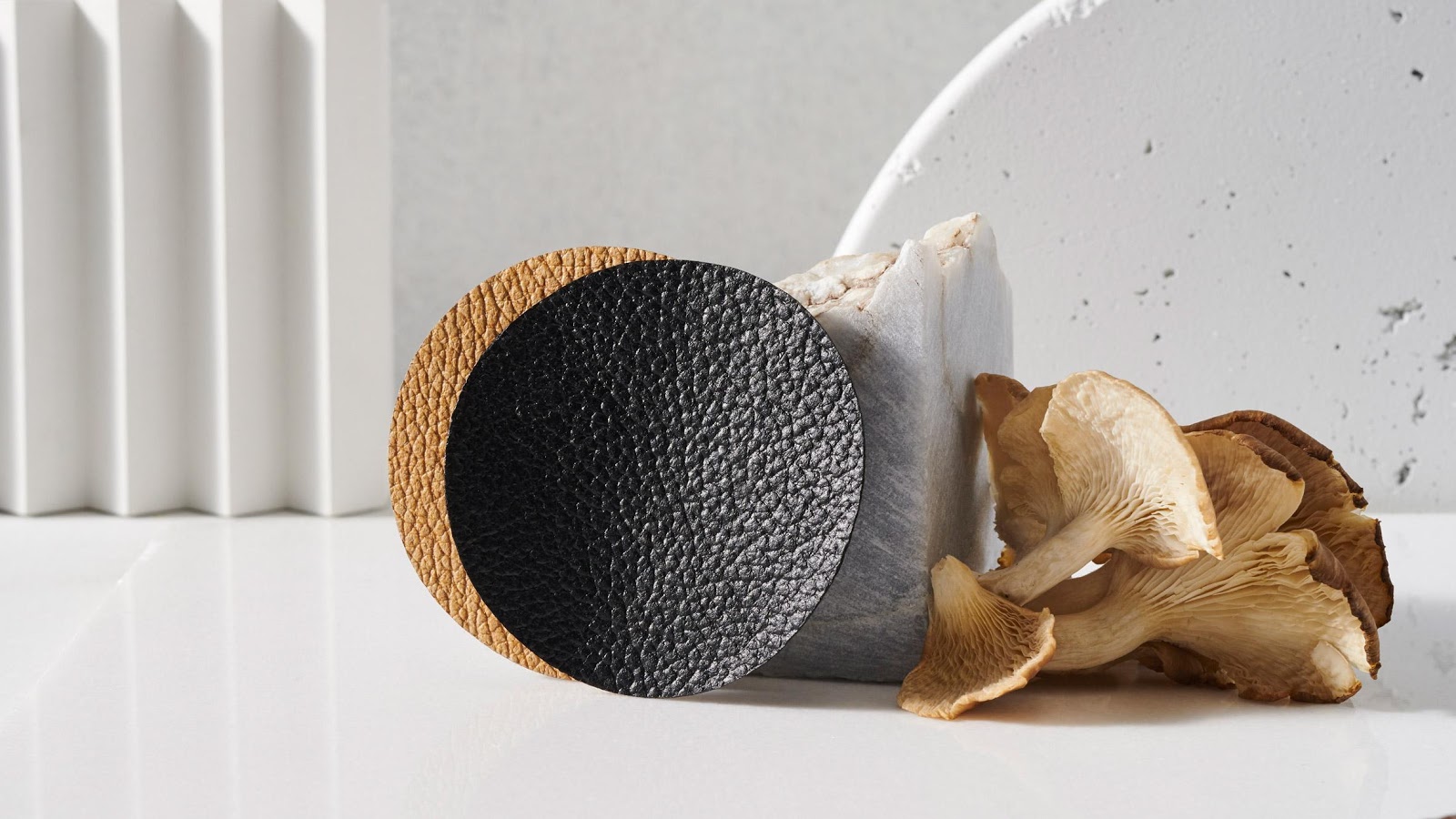 Bolt Threads is bringing mycelium into the mainstream with Mylo™, it’s proprietary certified bio-based leather. Made from mostly renewable resources, it is more sustainable than animal-based leather and has a consortium of recognisable brands already onboard to use it, thanks to its comparable performance.

MycoWorks, a longtime advocate of the wonders of mycelium is also looking at high-end uses for the resource, having developed its Reishi™ material to bring fungus into fine fashion circles.

Apple: In the past, apple leathers have often contained a large proportion of plastic and other unsustainable additives, but now, they are being redeveloped to maximise the earth-friendly potential. Using leftover peels, pomace and cores from the food industry, a pulp is created and mixed with other elements in order to produce a flexible and durable material that can be finished and used in the same way as animal-based leather.

Beyond Leather has taken up the mantle of making apple leather more sustainable, by removing PU from the manufacturing process. With a minimum of 50% apple waste in the material, the remaining plastic-free inclusions are all sustainably and transparently sourced. The result is an authentic alternative with fewer environmental red flags.

Grape: Grape leather is a little less recognised but it is making fast progress, not least because it is seeking to be the first 100% recyclable and therefore most sustainable alternative to animal leather. Supple, stable and sustainable, it is made using the skins and cores of grapes which are traditionally discarded as part of the winemaking process, adding extra environmental awareness into the mix.

Vegea — a Milan-based startup — is the leading voice in grape leather development and is cautious about revealing production methods, though the company has revealed that no oil, minimal chemical reactants (all non-toxic) and little water is necessary.

Mirum is making textiles from natural fiber welding.  They dedicated to shifting the materials industry away from petroleum and linear life-cycles by focusing on plant-based inputs and inherent circularity They are obsessed with helping humanity break it’s dependence on nonrenewable fossil fuels, particularly petroleum-based plastics.

As the fashion industry begins to question whether leather is environmentally friendly and if there is a viable alternative, it will naturally move away from animal-based materials in favour of inclusive substitutions. It is reassuring to see sustainability concerns being brought into play in this way because for far too long, PU has been the only readily available alternative for those who seek to dress in line with vegan consciousness. But soon, they will be spoilt for choice. 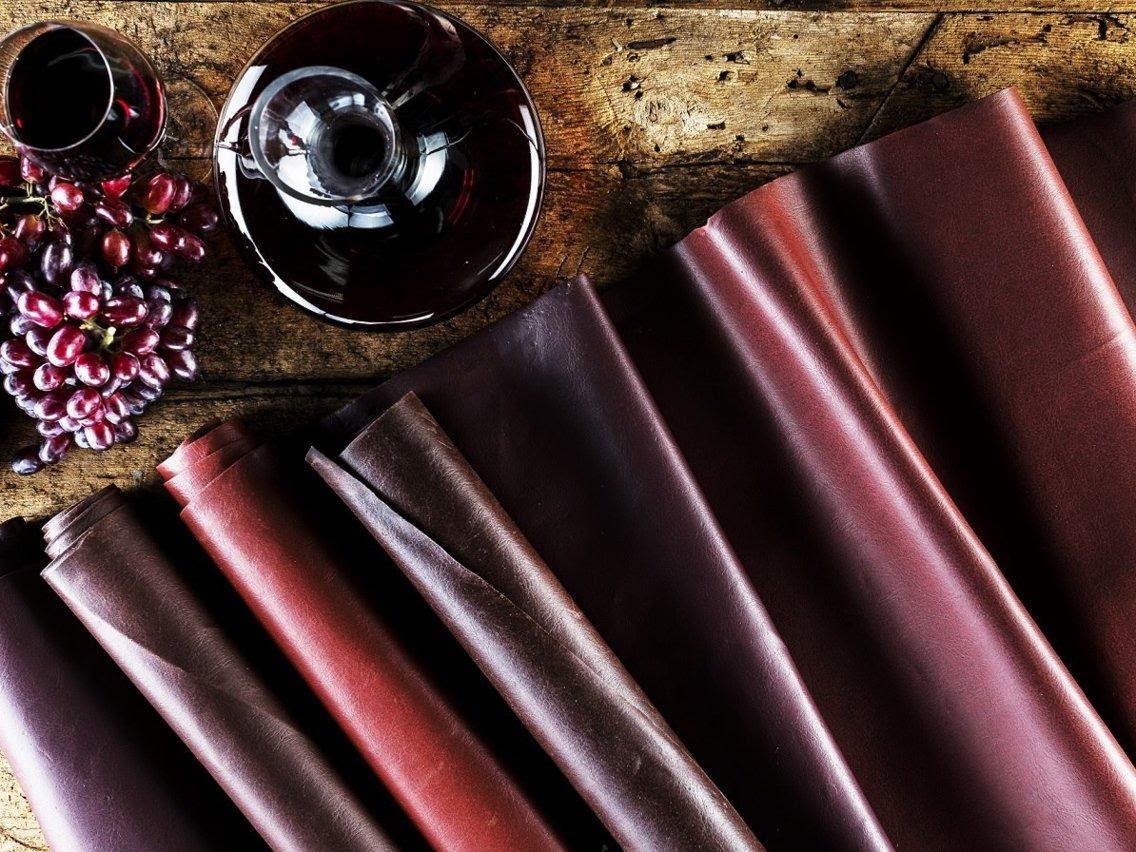